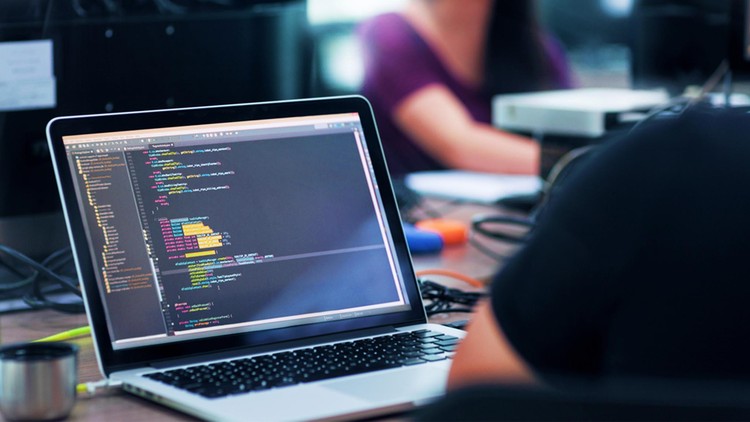 This course is based on Python 3.

Want to program networks using Python, but not sure where to start? Well, this course will show you how you can start programming Cisco networks within 20 minutes.

**This course is practical. **I won’t talk about programming in abstract terms and make you wait before you can start automating networks. I will show you how you can quickly and easily start network programming by using GNS3, Cisco IOS and Python.

This course shows you practical examples of using Python to programmatically configure Cisco network devices rather then just talking about it.

The days of configuring Cisco networks only with the command line interface (CLI) are drawing to a close. You need to add network programmability using Python and APIs to your skill set.

Learn how to automate networks using:

Tools such as NAPALM and Netmiko make it easy to configure and interact with network devices using an API such as NETCONF or using SSH. Don’t reinvent the wheel. Use the tools available to you to quickly and easily automate your networks.

Some comments about the course:

“Knowing the material from just the first video would have saved me hours of work and rework in the past.”

“It’s the easiest, most fun, and most valuable course I’ve completed yet on Python Programming for Networking. Love it! Thanks again David!!!”

“Great way of explanation.Nice video and inspiring words! Thank you so much David. You are genius.”

“I’ve been doing network automation for a while, even so, I’ve learned new things through this course. The instructor start from a basic example, adding improvements in each step. It’s a skill that’s worth it.”

“A must for all network engineers who want to learn python!!! I had very “very” basic programming skills, and couldn’t just get the bridge between network and programming (mainly Python - since that’s where the hype is now), this course was amazing, I have never been glued to a training course since I can remember. The couple of things I loved the most about this course: 1- David’s clear voice. 2- Real world application, not only will David interduce different real-world practical modules that you can import and use, but he shows you how to apply them on ios devices.”

☞ The Python Bible™ | Everything You Need to Program in Python