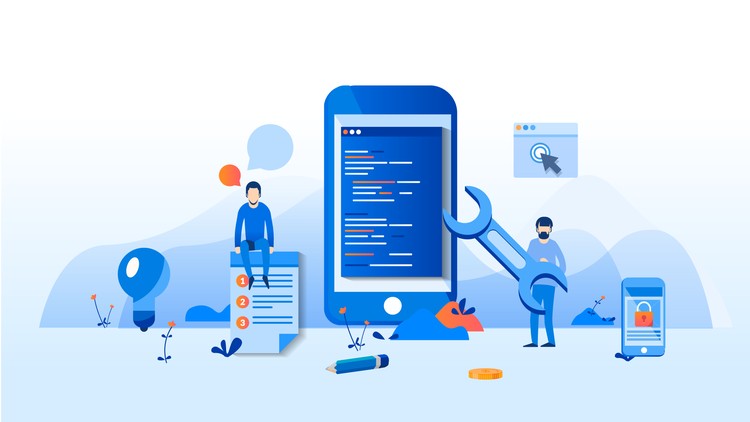 React Native is a JavaScript framework that lets you build native apps for both iOS and Android using a single language. A React native app is not a hybrid app so it’s indistinguishable from native apps built with Java and Objective-C.

React has taken the web development world by storm. It’s only natural that its unique architecture and third-party support ecosystem is applied to native application development. Using JavaScript, you can build an application that renders native UI components and accesses native device functionality.

This comprehensive 3-in-1 course is a step-by-step tutorial to building dynamic apps for iOS and Android with React Native. Design and build a fully-featured application using the newest features of React Native. Create increasingly complex real-world applications and explore React Native in depth.

This training program includes 3 complete courses, carefully chosen to give you the most comprehensive training possible.

The first course, Learning React Native Development, covers developing dynamic and stunning native mobile apps for Android and iOS using JavaScript. Delve directly into React Native to build native mobile apps. Develop apps that are fun, unique, and responsive with React Native. Learn React Native fundamentals to build interactive and user-friendly apps. The course aims at teaching you React Native irrespective of the underlying platform so that you can learn once, write anywhere.

The third course, Publishing Your Application with React Native, covers creating impressive applications using the different tools of React Native. In this video, you’ll start with a look at state management and how to keep your code usable by other developers, how to build for your ideal user, how to create animations that pop, and how to publish your apps to the App Store. With the core UI built, we can take off our designer hats and focus on creating code that is clean and easy to reuse.

By the end of the course, you will have created your own application using React Native and learned to publish your app in the App Store and Play Store.

By the end of the course, you’ll create and publish impressive applications using the different tools of React Native.