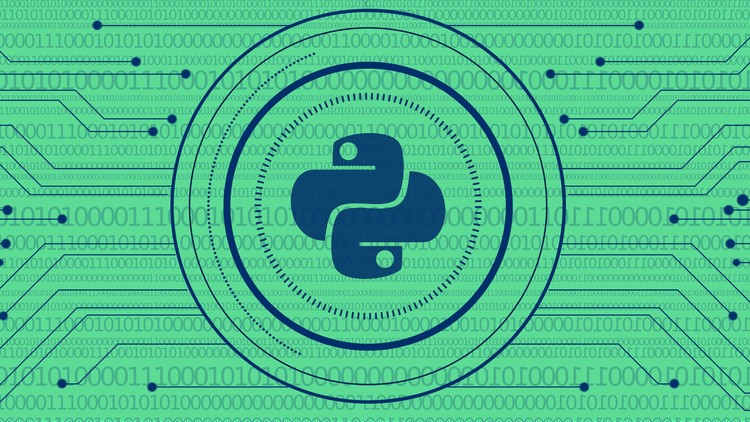 Welcome this great course where you’ll learn python programming and ethical hacking at the same time, the course assumes you have NO prior knowledge in any of these topics, and by the end of it you’ll be at a high intermediate level being able to combine both of these skills and write python programs to hack into computer systems exactly the same way that black hat hackers do, not only that but you’ll be able to use the programming skills you learn here to write any program even if it has nothing to do with hacking.

This course is highly practical but it won’t neglect the theory, so we’ll start with covering some basics about ethical hacking and python programming, installing the needed software and then we’ll dive and start programming straight away. From here onwards you’ll learn everything by example, by writing useful hacking programs, so we’ll never have any boring dry programming lectures.

The course is divided into a number of sections each aims to achieve a specific goal, the goal is usually to hack into a certain system, so we’ll start by learning how this system work, the weaknesses of this system, and then you’ll lean how to write a python program to exploit these weaknesses and hack the system, as we write the program I will teach you python programming from scratch covering one topic at a time, so by the end of the course you’re going to have a number of ethical hacking programs written by yourself (see below) from backdoors, keyloggers, credential harvesters, network hacking tools, website hacking tools and the list goes on, not only that but you’ll also have a deep understanding on how computer systems work, how to model problems, design an algorithm to solve problems and implement the solution using python.

As mentioned in this course you will learn both ethical hacking and programming at the same time, so here are **some **of the topics that will be covered in the course:

Programs you’ll build in this course:

As you build the above you’ll learn:

So by the end of the course you’re going to have programming skills to write any program even if it has nothing to do with hacking, but you’ll learn programming by programming hacking tools!

With this course you’ll get 24/7 support, so if you have any questions you can post them in the Q&A section and we’ll respond to you within 15 hours.

NOTE: This course is created for educational purposes only and all the attacks are launched in my own lab or against devices that I have permission to test.

NOTE: This course is totally a product of Zaid Sabih and no other organisation is associated with it or a certification exam. Although, you will receive a Course Completion Certification from Udemy, apart from that NO OTHER ORGANISATION IS INVOLVED.

☞ The Python Bible™ | Everything You Need to Program in Python